To introduce a new message for the event and make a Shakespeare reference – but more importantly, to reach a wider audience outside the strictly “theater crowd”.

The campaign is based on the notion of the Theatres Night as a “theatrical marathon”. It used the 400th аnniversary of Shakespeare’s death (he died on 23rd of April in 1616 in his hometown Stratford-upon-Avon) with the idea that every new movie or stage interpretation of some of his plays puts a mirror in front of us and we like to reflect.

The video shows how on the boundary between the day and the night the actors turn into the characters they will play on the stage.

The print campaign mixed popular titles of Shakespeare’s plays and turned them into “cool slogans”. 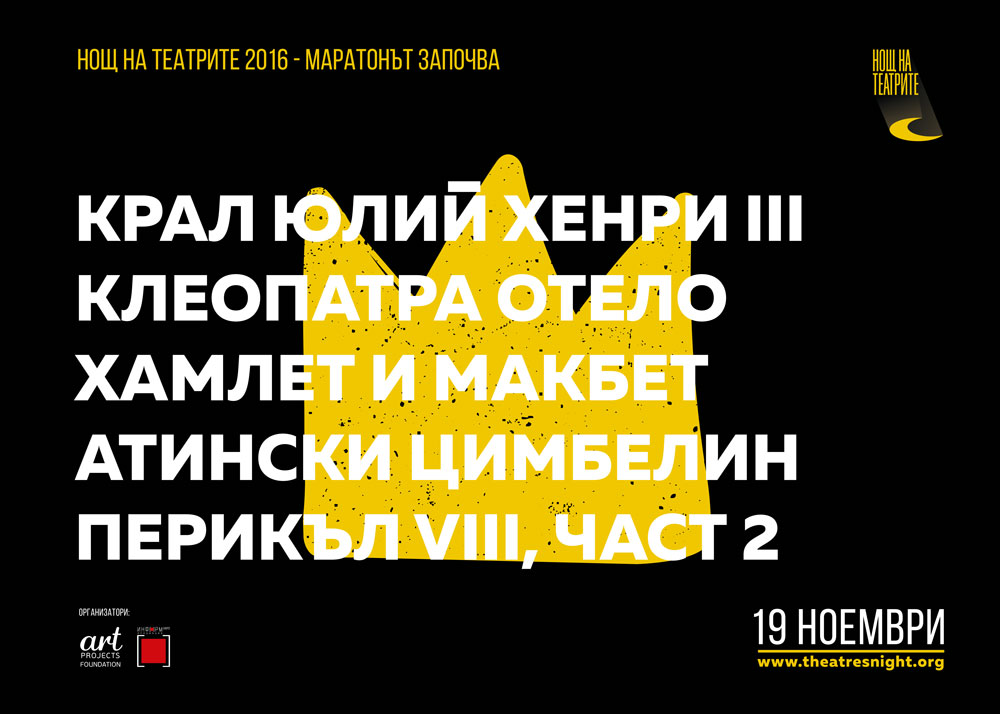 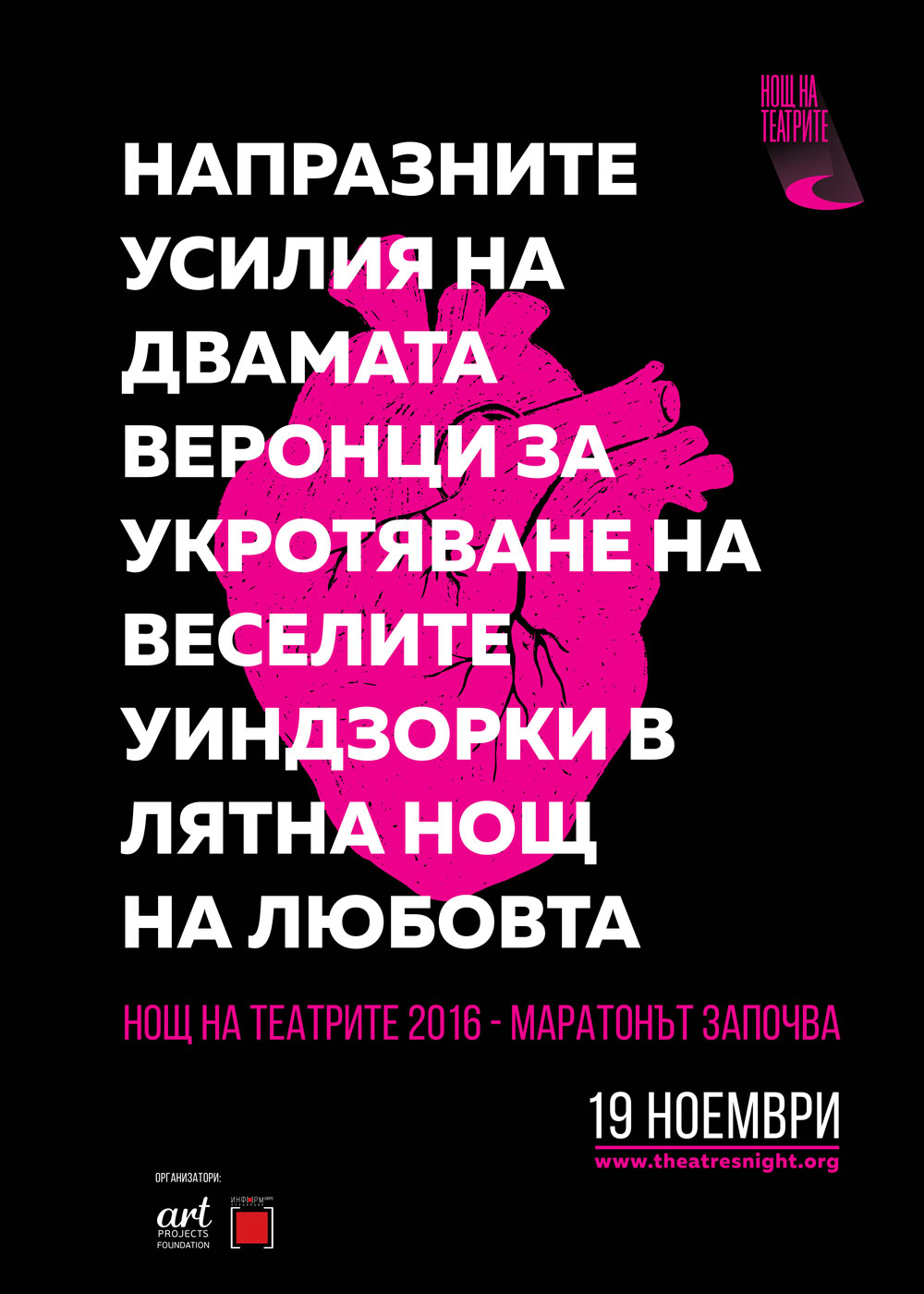 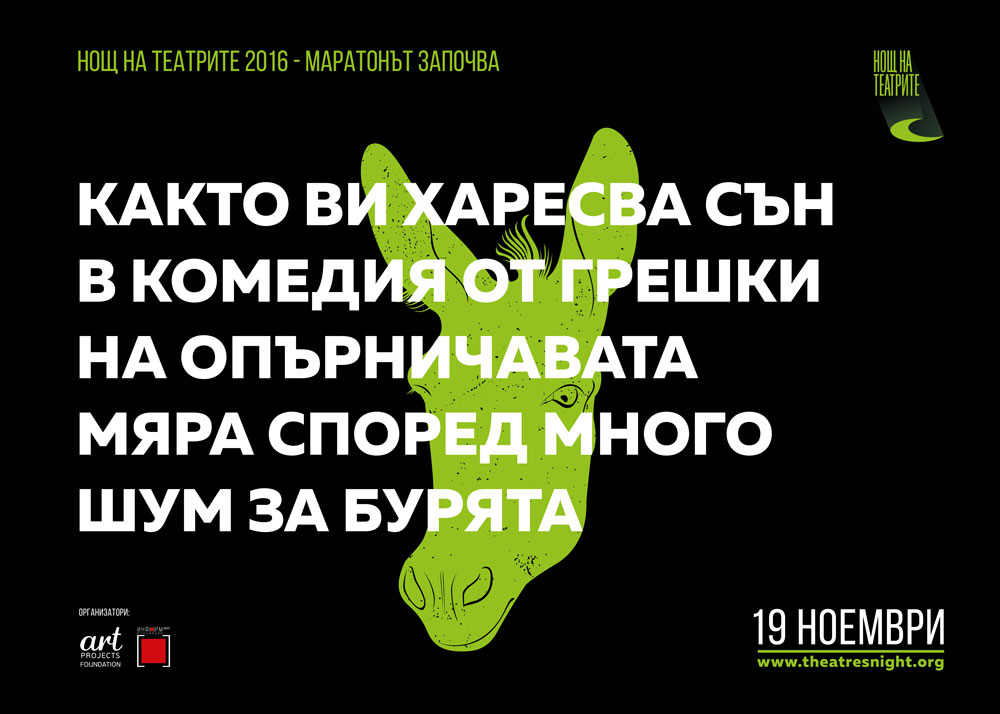 The print campaign mixed popular titles of Shakespeare’s plays and turned them into “cool slogans”. 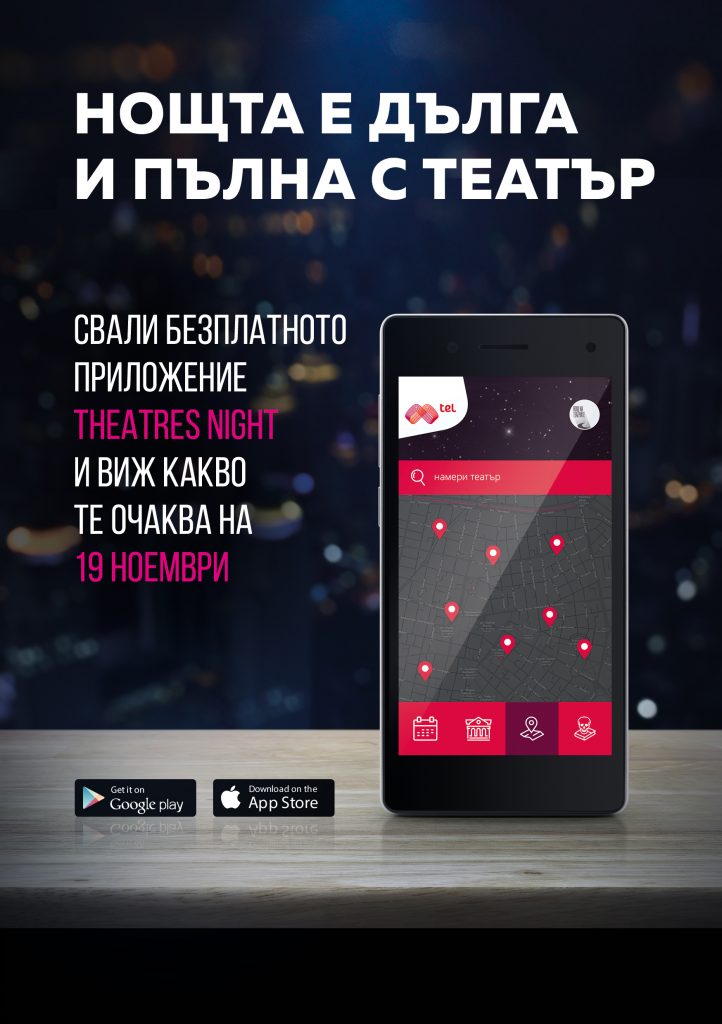